Herbst:re-blog from The Art of the Title Sequence

In a beautifully minimalist re-telling of the first World War drama Herbst, Clemens Wirth captures moments in the lives of the characters. A man covetously looks on an idyllic scene from afar, a woman waits alone at a window as the day crawls by, and bombs fall on men frozen in time as the highly saturated world moves around them, all helpless to a great and terrible machine acting upon them. Mixing crisp type with the sensuous ink drawing of the movie’s title and set to the brooding piano of Lukas Wagner, we bear witness to the characters’ call to arms, their tragedy, and the collateral damage borne from their delicate arcs.


With a planned release of Spring 2012 and filmed on location in Vienna and the Austrian Mountains, Herbst (German for “Autumn”) is a work from alumni and students of the University of Applied Sciences Salzburg.

Title design enthusiast and macro photographer Clemens Wirth details the creation of the end credit sequence for us.

Clemens Wirth: The first thing I did was read the script again, to [recapture] the feel of the story. I also watched movies like All Quiet on the Western Front and worked my way through WWI illustrated books to sensitize me more to the topic. I thought of the toy soldiers like the ones in Toy Story and, as I'm a macro enthusiast and because I've gathered some experience in this area, I decided to make the titles on a small scale. After some investigation I found the right figures (pewter figures have limitations and were ruled out).


I agglutinated and colored them and they became my actors. Instead of letting the characters move, the idea was that the environment around them should have a slight motion, achieved with various weather effects and also some interaction with light and shadow. For example, the girl at the window was time lapsed so that the sunshine moves on the floor.


I always try to combine and mix several techniques and make most of practical effects, but with this scale it becomes difficult, so I had to add some in post production. I tried to make very “photographic” images, each scene different, minimalistic but detailed. The footage was captured with smooth dolly shots on a DIY slider and my beloved Canon 5D Mark II equipped with a 100mm macro lens, with some camera movements done in post.


In the film there will be smooth dissolves from real footage to ink drawings. I transferred this element to the titles with the drawings. I have to mention that I was also inspired by the Sherlock Holmes titles from Prologue for this effect, but I didn't want to overstate this transition, because it's just a small part in the actual film and that’s why it's only around the actual title.


The title consists of china ink with each letter captured separately (thanks to Philipp Gstrein for his help) and composited together in After Effects. The various handcrafted miniature sets were built with objects from mother nature and model making materials. It was not always easy to get the detailed look I wanted, but it was fun and gave variety to the working process on the computer.


The music and sound design is Christoph Plohovich and pianist Lukas Wagner. As video and audio kissed the first time something really new emerged... this was the moment in which all efforts paid off.

Full details for our Herbst post are available at Art of the Title.
Posted by LINGDUM at 5:24 AM No comments:

Not everything is as it seems in this fun stop action experiment from 23lunes
Posted by LINGDUM at 5:20 AM No comments:

Looks That Kill:re-blog from Motionographer

PRE-ORDER THE BOOK + DVD NOW! yuki7.bigcartel.com/​product/​looks-that-kill
Posted by LINGDUM at 5:14 AM No comments: 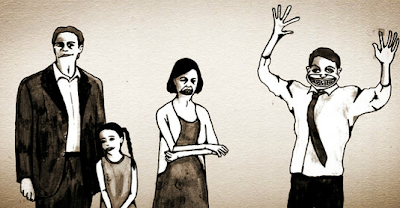 After a lengthy festival run, Joseph Pierce‘s A Family Portrait makes its online debut, presented by the hardworking fellows over at Short of the Week. It’s an awkward, uncomfortable moment with a family collapsing at the seams under the photographer’s (and our) eyes. The surreal play on rotoscoping was earlier explored in Pierce’s National Film & Television School graduation film, Stand Up.

Posted by LINGDUM at 5:03 AM No comments:

Memory Tapes “Yes I Know” from Najork:re-post from Motionographer


Memory Tapes "Yes I Know" from Najork on Vimeo.


When this video was sent to us multiple times throughout the week (thank you all for the submissions). I knew I needed to get in touch with Eric Epstein (Najork) to get some more understanding behind the project. This being his directorial debut, you might remember his Particular 2 Street Tests we posted back in 2009.

When this video was posted everywhere from antville to vimeo, there were questions about no use of CG in this music video. NO 3D software was used at all. This project was 100% After Effects believe it or not.

Eric was kind enough to give a little bit of background of how one of the shots was constructed as well a couple of screen grabs and videos.

“In constructing that character, there was a progression from using mostly real footage to using none. The tracking dots all over the actor were used to move the masks cutting out the footage, as well as the pieces added in post. Both tasks made extensive use of AE’s puppet tool. Once the footage was properly carved out, I could start building in shapes behind it, sometimes sketching them out in photoshop first. Once these shapes seemed to work animated, I’d then fill them in with textures made from stills taken on set.

I will say that the IK thing was experimental more than necessary, and only used in a few shots.

I started with the scripts by DUDUF IK“
Posted by LINGDUM at 1:50 AM No comments:

Gobelins: Annecy 2011:re-blog from Motionographer
The second year students at Gobelins have made another round of short films to celebrate Annecy 2011. There’s five of them, each impressive, check them all out after the jump. 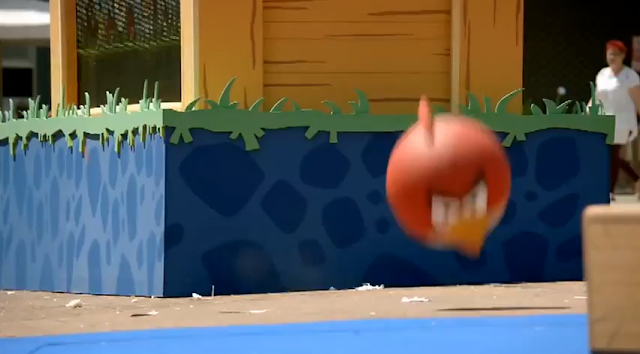 Amon Tobin- The Worlds Most Amazing Dj Booth?: "Sometimes I ask myself, what is the point of all this musical manipulation? How far should we take the exploration of music performance technology? Then some-one manages to combine talent, expertise, and vision all in one amazing application that reminds you- oh thats why. Because you never know when something magical will emerge. 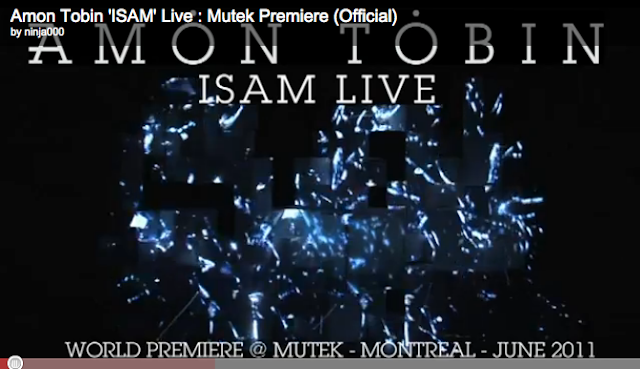 From top: a 2010 example of the mapping techniques at work, a workshop that launched the new software tool.
More than a gimmick, projection mapping – calibrating visuals to various projection surfaces in 3D – has become an essential technique in live performance visuals. That means visualists will inevitably be looking for tools that help them project on things other than flat rectangles.

At Switzerland’s Mapping Festival this month, one such tool made its official public debut. MadMapper comes from the creators of Modul8, a tool that already has some mapping features in it. A demo version is available for Mac users, with licenses for two computers at EUR299. Documentation is scant at this point, but we’ll be looking more at this software as it evolves – doubly so as it makes use of the inter-app, open source Mac visual framework Syphon, which we’re tracking closely.

Because it works with Syphon, it can also be used with a wide variety of visual tools, from Processing and OpenFrameworks to more conventional, end-user-focused VJ apps like VDMX (as well as, of course, Modul8).

You can get a rough idea from the screenshot and basic tutorial: Courtesy Modul8. Click for full-sized version.
Here’s a quick look at some of what it can do in video form. There’s a 2010 mapping project on a tennis court, at top. It’s the product of collective 1024 architecture, whose work I recently celebrated on Create Digital Music.:

There’s also, from Ilan Katin and the project’s originator, a one-night installation in Berlin, below, and video of Laurent Garnier from this month at bottom by Paradigm Collective (using a more recent iteration of the software).

But perhaps the coolest part of the whole launch is the fact that they were able to mix cocktails with DMX-controlled blenders. Wasting away again in DMX…

Frz of 1024 architecture mans DMX-powered blenders at Geneva’s Le Zoo club, for the launch party. Courtesy Modul8.
Finally, we’ll close with some of the goodness from the Mapping Festival Party. Wish I could have been there.

Posted by LINGDUM at 9:50 PM No comments: