WWF – What it feels like to get shot: from Polkadot

This stunt from WWF in Moscow showed people how it feels to be one of the thousands of animals killed by shotguns every year in Russia. The t-shirts had augemented reality codes that triggered a shooting animation when exhibited in front of special mirrors in the stores or in front of the webcam at home. | via

Taiwan-based technology company Shohero recently introduced a power strip that protects more than just electronics. Wet Circuits resists water so that even in a short-term flood, your computer stays on and no one gets electrocuted. The design incorporates child safety measures too, as well as overheating protection, spark prevention and a lifespan four times longer than standard competitors.

Perfect for hooking up electronics in the kitchen, bathroom, outdoors or anywhere it might catch a spill, the power strips sell for $70 from the Wet Circuits site.
Posted by LINGDUM at 11:16 PM No comments:

Street TapeArt actions with different Slovenian artists, all part of the new campaign for Orto (Simobil/ Vodafone).
Posted by LINGDUM at 11:04 PM No comments: 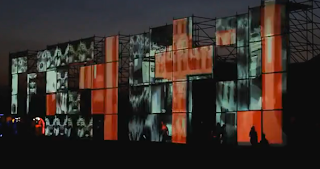 SO FREAKIN RADD!
Posted by LINGDUM at 10:16 AM No comments: 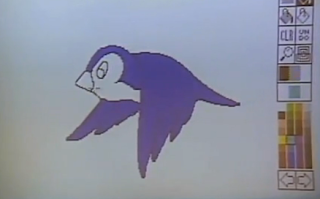 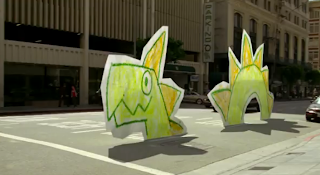 SUPER CUTE!
Posted by LINGDUM at 4:30 AM No comments: 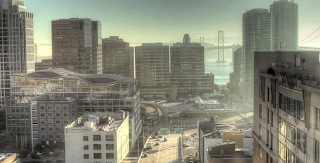 Hot on the heels of their recent 'synchronised artwork' experiments, Arcade Fire has released another interactive video online, to accompany the track We Used To Wait. The video is created in association with director Chris Milk and Google Chrome - CR spoke to B-Reel, the digital production company behind it, to find out how it all works...
The site can be viewed best on Google Chrome, although it is also possible to view it on Safari. Be warned though - you need a decent connection to make it work well. But it's worth finding one. The site opens by asking you to enter the name of the street you grew up on - as Arcade Fire's album is titled The Suburbs, it probably helps if you grew up on the banal fringes of a city, but really any street will do.

After a few seconds of loading, your individual music video begins. The site features the much maligned pop-up window at its core, opening with a window showing a man in a hoodie running through damp streets. He is quickly joined by other pop-ups, showing flocks of starlings, and then - more shockingly - Google Earth footage of the street you grew up on. This spins in time to the music and to the movements of the hooded figure, offering multiple views of the street.
The interactivity continues later in the song, when another pop-up window invites users to type in advice for the teenage self that grew up in the streets that are appearing on the screen. You can also draw pictures on this screen, before birds fly across it and it becomes incorporated into the unique vid. All these effects combine to fit the nostalgic mood of the song perfectly, creating a intoxicating mix of interactive elements that genuinely empower the song, rather than distract you from it.

It is surprising then to discover that the site began as a project for Google Chrome, rather than Arcade Fire. 'The idea came about when [digital artist] Aaron Koblin contacted Chris Milk about creating an interactive film to showcase Google Chrome,' says Ben Tricklebank, creative director at B-Reel. 'It was Chris's connection to Arcade Fire that bought about the collaboration and opportunity to feature the song We Used To Wait. This then shaped the narrative of the treatment put together by Chris.'
Explaining how the site works, Tricklebank says: 'One of the major challenges of this project was finding a method to control and sequence the multiple windows needed to display the components of the film in synch to the music. At the early stages we created the framework of a custom application that would allow us total control over the timing, size and position of the windows at any point in the song.

'Simultaneously we worked to develop the interactive and dynamic components as self contained units. This meant that each piece could be created and tested in a standalone environment before being combined into the sequence. We tested various different forms of 2 and 3D flocking interaction for the birds. Google Maps and Street View posed many unique challenges due to the way we needed to control very precise distances and movements while compositing animated elements in real time.
'When we set out on the project there was definitely a sense of stepping into unknown territory. We definitely had some concerns over performance and the experience for viewers. That said, we went through multiple iterations that pushed us way beyond the capabilities of most machines. This way we could really identify how far we could go in the final piece, after all it is a 'Chrome Experiment'... I think we found the right balance, there's a great deal of visual information for people to take in.'

Despite this video not being at the initial behest of the band or the record label, the We Used To Wait site is another huge step forward into an interactive future for music videos. It is apt that it is Arcade Fire that has continued these experiments, having already created excellent online works for the tracks Neon Bible and Black Mirror. 'It still feels like a relatively untouched medium and one that has so much potential,' says Tricklebank. 'In the past six months we've been approached a number of times, both for advertising and artists. I'm certainly very excited to see where it goes.'
The Wilderness Downtown website can be found here.
Posted by LINGDUM at 12:34 AM No comments: 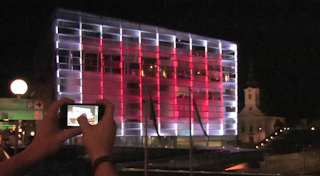 LEGS & Mother Take Over The Standard NYC: from Motionographer


Last night, it seemed like everyone in NYC was talking (and tweeting) about one thing: The Standard Hotel. Funded by Target, Mother NY and LEGS took over the Standard as the stage for a Kaleidoscopic Fashion Spectacular — an LED light and fashion show with enormous ambition and success.
Hot off of VMA nominations for their Florence and the Machine video, LEGS continues to blur the line defining the modern director. This latest feat turned 155 rooms (with 66 dancers inside) into pixels, backed by a 30 piece orchestra, as they animated the hotel’s southern facade to bring a live experience to the streets. In attempt an artistic democracy, Target even distributed 1,500 binoculars and had the music available on a toll-free number for those not close enough to hear.
Aside from the exceptional creative and production merits of this work, it’s encouraging to see brands like Target stepping up and financing non-traditional curation (by Mother NY) and innovation much like Intel has entrusted VICE with it’s currently touring Creators Project. As old mediums retire, new ones are born and those who find ways to tell stories within new structures will continue to push our “blurring” industry forward whilst finding new ways to create.
Check out some photos as we await more video and extras about the night and feel free to share any content you may have captured in the comments.
Posted by LINGDUM at 12:12 AM No comments:

Moshun is an animated font by Calango.

Impactist – “Spheremetrical (Here With You)” from their Last Heist EP.

This is way too cool!

Handmade Paper and Projections Combine, in Forms Digital and Tangible

Three-dimensional digital imagery is itself a kind of sculpture, albeit in virtual form. Translated to the ephemeral light beamed from projector, the projections themselves become textures in physical space. Artist Robert Seidel uses that quality to exquisite effect in his work, as we saw last year in Vellum.” In his latest piece, “Chiral,” the sculptural condition of light pairs with real physical sculpture, produced from handmade Taiwanese paper. While calling upon a fluid rendition of Chinese calligraphy, the digital forms, too, evolve like folded paper.
Robert sends this description:


*Chiral* Documentation
06/15/2010 – 07/18/2010
Museum of Contemporary Art (Taipei, Taiwan)
Projection & Sculpture: Robert Seidel
Soundtrack: Richard Eigner
In “Chiral” cinematic etudes expand the two-dimensional image into space, refining ideas from Chinese calligraphy and abstract art into an evolving moving painting. They are projected on a sculpture and a screen made from handmade Taiwanese paper and there develop very different lives on configurations of the same material…

Full details on Robert’s site, and yes, there’s even wallpaper to download.

And in other news, a full length film entitled “Floating,” with music by Heiko Tippelt, is coming. We’ll be watching for this one.
Posted by LINGDUM at 8:23 PM No comments:

I Look To You (feat. Kimbra)

Posted by LINGDUM at 8:05 PM No comments: