1-10 The most popular Coca Cola ads of all time

Posted by LINGDUM at 8:42 AM No comments: 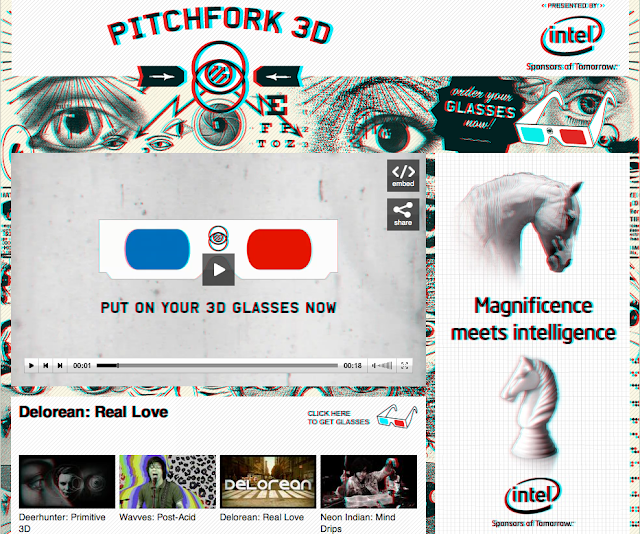 Posted by LINGDUM at 7:46 AM No comments:

Posted by LINGDUM at 7:36 AM No comments:

Cinemagraphs by Jamie Beck and Kevin Burg:re-blog from Computerlove

Jamie (Photography), and Kevin (Web Design/Motion) worked together creating beautiful and intricate animated gifs they called Cinemagraphs. Utilizing an old technique to create something new and beautiful with such attention to detail and love is truly impressive and inspiring!

“Our first few animated images were sequenced still shots looped in rapid succession which is a fairly common way of making an animated image. From there we began utilizing more fluid motion isolated in certain parts of an image to capture a moment of time, but also to un-freeze a still photograph by showing that moment’s temporal movement. The process involves still and video photography but editing is very manual and varies greatly from one to another so we’re routinely solving new problems when creating them...
If you want to know more about how they created these pictures, here is the link
http://diegoguevara.com/blog/2011/05/05/cinemagraphs/

A mashup is a song created by blending two or more other songs. The more complex a mashup gets, the harder it is to distinguish the parts that are being used to create what you're hearing.

This visualisation of the song 'Definitive Daft Punk' by Cameron Adams dissects a mashup in realtime to show you how each of the 23 parts contributes to the greater whole.

From the words of the creator: "The entire piece is composed from the latest HTML5 and CSS3 technology
(canvas, audio, transforms & transitions) so you'll need a newer
browser to view it in. I recommend Chrome because it pulls off the best
performance with my mangled code. All of the waveform and spectrum
visualisation is performed in realtime, so your browser is rendering a
music video on the fly!"
Posted by LINGDUM at 10:42 AM No comments:

At Freitag's newly opened NYC shop you will find over 1,000 of the Zurich-based brand's one-of-a-kind bags cut from used truck tarpaulins, but you will also find a surprising twist on their main material. Showing a softer side of Markus and Daniel Freitag, the brotherly duo's Fake Snake limited edition handbags reveal a more malleable take on tarp.

Each bag is comprised of 648 pieces, all assembled by hand and laced together over a six-hour process. Producing just ten bags for each colorway, each limited run is housed at one of Freitag's five flagship stores around the world. Part of their Spring/Summer 2011 Reference collection, the bags come in two sizes and sell for $802 and $469 each.

For a closer look at the making of the bags check out Adrian Ehrat's photos after the jump.

Planetary: A Visual Music Player for iPad:re-blog from Computerlove

Planetary (voiceover) from Bloom Studio, Inc. on Vimeo.
Planetary is a new iPad application to explore your music collection. Available at the app store for free. Made by Bloom, the guys behind Fizz and Cartagram

White Walls: INSA 'Online Love' from Unit44 on Vimeo.
INSA brings his innovative GIF-ITTI to the White Walls Project as he
completes his biggest and most complex moving piece to date. 3 days in the sun re-painting this monster
wall 4 times to give us this completely original result.


The beauty of INSA's GIF-ITI is that it only truly lives when viewed
online, where these days most street art ends up being viewed, and
exaggerates the ephemeral nature of graffiti as each layer is painted
instantly over the last. Mixing retro internet technology and labour
intensive painting, INSA creates slices of infinite un-reality, cutting
edge art for the tumblr generation.

Combining the ice-cold feel of a metal can with the classic glass bottle shape, the new Heineken Aluminum is the best of both beer worlds. The design features graphics printed with invisible ink that, when exposed to UV light, reveal an amusing shooting stars pattern. Debuting a few months ago in Milan, the bottle is entertaining the party-goers at Salone del Mobile with its glow-in-the-dark effect.

On the heels of the bottle redesign, Heineken announced plans for another new design initiative called 'Open Design Explorations.' The project aims to create new concepts for bars, clubs and social spaces, one of which will be a pop-up club at the city's 2012 furniture fair.

The design brief for this concept club asks designers to become part of a multidisciplinary team that will study social interaction in clubs around the world. This exploration will provide authentic insights that will help create the pop-up club.


The designers will be selected via Talent Nights taking place in Asia, Europe, USA and Latin America. Once chosen, each designer will join a team focused on one of the design field, including interiors, architecture, product, graphic, interactive and experiential, fashion and identity. Each team will be led by a renowned designer, including Luc Schurgers, founder of Mini Vegas and Fabio Rotella of Studio Rotella.

The concept behind The Creators Project is not new—mix the social, the artistic and the scientific. The resulting experiences the initiative produces though, is astounding. Founded by Vice Magazine and Intel, the altruistic enterprise seeks to support the creative community through a series of collaborations that push the boundaries of digital technology. At this year's Coachella music festival, the team worked with the British multi-disciplinary collective United Visual Artists and Goldenvoice concerts on a 3D Rubik's Cube-like installation of light and music, unfolding over three days on Coachella's main stage.


Using bespoke software and LED light projection, UVA have created an immersive experience that will serve as both a platform for performance and as a standalone light and sound sculpture. To top it off, Vice has chosen key bands—Interpol, Animal Collective and Arcade Fire—to program distinct visual identities to coincide with their live performances. For the Arcade Fire show, 2,000 lightweight balls equipped with LED lights and infrared receivers will be released into the crowd. As the balls drop, they'll be controlled by a series of IR transmitters, altering the LED effects in each ball, and painting various lighting designs across the crowd for an effect that feels like a New Years Eve Balloon drop meets War of The Worlds.

Through The Studio, a sector of The Creators Project that aims to encourage collaboration between artists, a number of smaller installations will illuminate the festival. Director Jonathan Glazer is working with the band Spiritualized to create a physical manifestation of their best-known song, 'Ladies and Gentlemen, We Are Floating in Space,' which will be an arched cathedral of light and sound. Interpol is working with David Lynch, playing with the notion of surveillance, and Black Dice and Animal Collective have collaborated on a video.

The Creators Project is not only making visuals we actually want to watch, but it's also adding a whole new dimension to watching live music. We wish Pink Floyd was still around to see this.

An executed murderer whose body was famously sectioned for the
Visible Human Project has been resurrected in ghostlike form in a new
series of layered photographs.

Project 12:31 reassembles the corpse of Texas killer Joseph Paul Jernigan,
who was put to death by lethal injection in 1993. Jernigan’s body was
documented using computed tomography and magnetic resonance imagery
after his execution, then sliced into 1,871 axial cross-sections, each
about 1 millimeter in thickness. The images from the National Library
of Medicine’s Visible Human Project were then distributed via discs and eventually, the internet.

Each image was created with a combination of night photography and long-exposure photographs of the animation below:

The animation was played fullscreen on a computer, which was moved
around by an assistant while being photographed in a dark environment.
The resulting images are long-exposure 'light paintings' of the entire
cadaver. Variations in the movement of the computer during each
exposure created differences in the shape of the body throughout the

Posted by LINGDUM at 7:15 AM No comments:

Hyundai takes projection mapping to the next level

Hyundai takes projection mapping to the next level:re-blog from Computerlove

To promote their new Accent, Hyundai has created a projection mapping with an addition: the car is suspended on the building face and a driver who walks down the wall to get in it.

Posted by LINGDUM at 7:09 AM No comments:

Posted by LINGDUM at 7:04 AM No comments:

RICHTI-AREAL is an “augmented reality installation”. 5 projectors recorded
architectural model. On the model can be shown various
simulations (nightlife, sun and shadow, etc.), and also information
(use zones, green areas, transport etc.). The installation is controlled by an iPad.

Posted by LINGDUM at 7:00 AM No comments: