Win Compilation 2010:re-blog from The Awesomer

It wasn’t all misery in 2010. Turns out lots of great things happened (on YouTube), and N0bodyyy decided to follow up his Fail Compilation with some of the more successful feats from the past year.

Posted by LINGDUM at 8:59 PM No comments:

Mashups, Broken Down:re-blog from The Awesomer

While the music from a variety of artists plays on mashupbreakdown.com, the website gives a visual representation of which samples are currently playing and when they overlap. (Thanks Matt!)
Posted by LINGDUM at 8:38 PM No comments:

Anamorphic Architecture, in a Seoul Storefront, Plays with Projected Dimensions

The work above is just one glimpse of that world, a subtle and informal one staged by a studio class in a small gallery storefront in Seoul, Korea. But, of course, it’s also one work in a bigger picture. I spent today puzzling over coordinate spaces and computational geometric theory, so this comes, for me personally, at a perfect time.

It’s also a reminder to me that the new Tron movie is way, way too solid and unchanging, but that’s a conversation that can wait for another day.

Artists developed low polygon forms from basic primitives and through a series of deformations and replications produced a structure with minimal data. These structures where then developed (made planar) in order for them to be printed two dimensionally.

The analogue and digital spaces are converging into what has become known as Augmented Space or Augmented Reality. This convergence will accelerate in the near future as LED architectural surface technology and motor actuators become cheaper.

This is the work from David Hall’s studio class in IDAS Hongik.

Posted by LINGDUM at 7:57 PM No comments:

Although it was extremely harder than I thought it would be to choose my top picks this year, I’ve finally managed to do it. I’m not a man of many words (I like to let other people do that) so this will be just as wordless as last year’s chart. Also, I would like to see what everyone else’s picks for 2010 are! So if you made a personal year end chart, please post it in the comments for me and others to check out!

Most Overly Remixed Track of 2010:

Yolanda Be Cool & DCUP - We No Speak Americano

Prologue whips up a vivid graphical package for Tron Legacy.
Posted by LINGDUM at 1:39 AM No comments:

Squint/Opera wishing for every one. 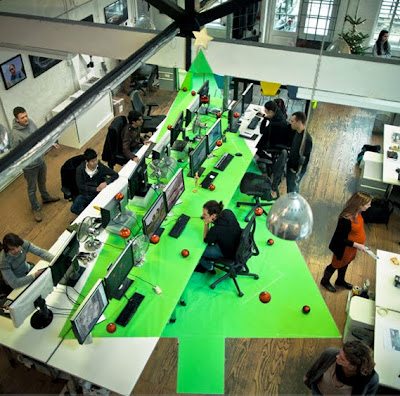 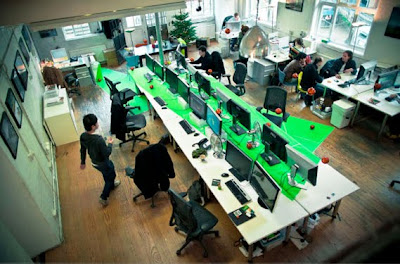 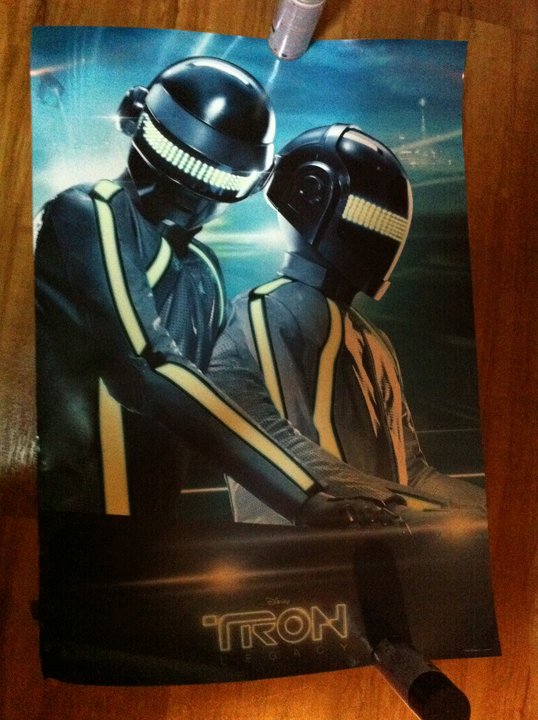 Posted by LINGDUM at 6:14 PM No comments:

Controversial Steve Jobs figurine appears to sell for $2,500 on eBay

Controversial Steve Jobs figurine appears to sell for $2,500 on eBay: re-blog from AppleInsider 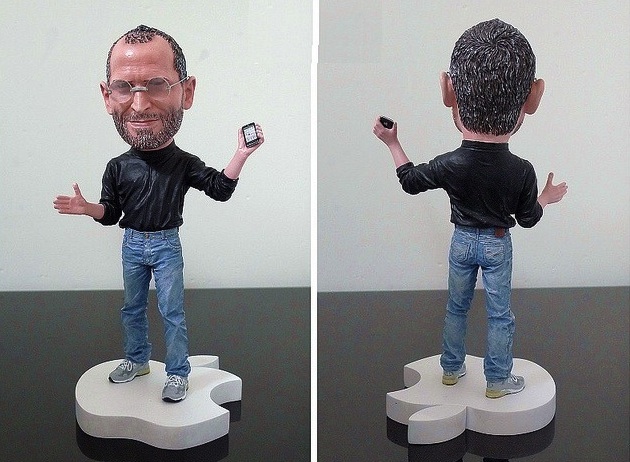 source : ebay
After a law firm representing Apple blocked the producer of a lifelike action figure of Apple CEO Steve Jobs from selling it, the figure has apparently sold for $2,500 on eBay.
Posted by LINGDUM at 1:06 AM No comments: 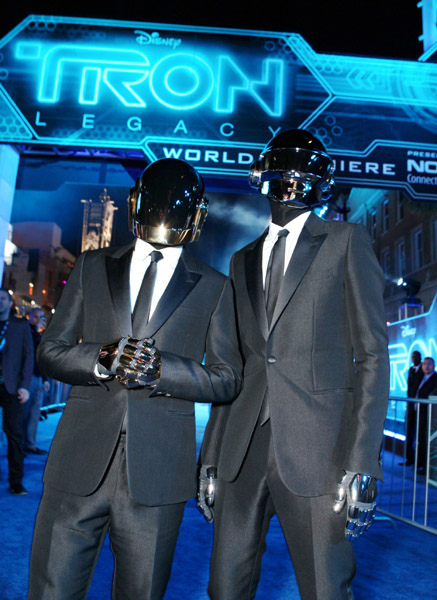 Air Guitar prototype with Kinect from Chris O'Shea on Vimeo.
Posted by LINGDUM at 3:55 AM No comments:

Posted by LINGDUM at 3:53 AM No comments:

Check Out!
Posted by LINGDUM at 8:18 AM No comments: 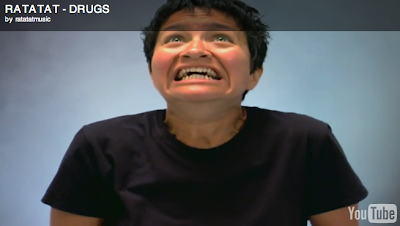 Today at Casa da Música in Porto, Portugal, Ratatat will be playing at 2pm.

It’s going to be a fun music night.

Music video by Carl Burgess | Via

Posted by LINGDUM at 8:40 AM No comments:

Pantone, the color authority, has just announced PANTONE® 18-2120 Honeysuckle, a vibrant, energetic hue, as the color of the year for 2011. PANTONE 15-5519 Turquoise, 2010 color of the year, served as an escape for many. Do this pink will work in the same way on next year?

Posted by LINGDUM at 8:34 AM No comments:

Sergey Larenkov has just released new photos of his series “Ghosts of World War II” – this time on the occupation of Paris circa 1940. The amateur photographer mixes archive photos with modern pictures, trying to match the same places and situations. You can read a nice interview about his works here.

Posted by LINGDUM at 8:27 AM No comments:

Photographer Tor Even Mathisen captured the Aurora Borealis over Tromso, Norway in a stunning timelapse video. This surreal act of the elements, perhaps Nature’s most magical, dances across the Norse skies in Mathisen’s frame. The Aurora Borealis is something we at TheCoolist hope to see before we expire.

Posted by LINGDUM at 8:14 AM No comments:

Posted by LINGDUM at 8:30 AM No comments:

Living up to its name, movie website Making Of scored some behind the scenes footage from TRON: Legacy. There’s no commentary, but you’ll see lots of neat and sexy costumed stars.
Posted by LINGDUM at 7:22 AM No comments:

Imaginary project for New balance/ sneaker promo Produced by smithssi in Flurry Interactive.
Posted by LINGDUM at 6:24 AM No comments:

The book you want to make just cannot be made.

“Jonathan Safran Foer, deftly deploys sculptural means to craft a truly compelling story. In our world of screens, he welds narrative, materiality, and our reading experience into a book that remembers that it actually has a body.”
~ Olafur Eliasson

Our early conversations with Jonathan Safran Foer about Tree of Codes started when Jonathan said he was curious to explore and experiment with the die-cut technique. With that as our mutual starting point, we spent many months of emails and phone calls, exploring the idea of the pages’ physical relationship to one another and how this could somehow be developed to work with a meaningful narrative. This led to Jonathan deciding to use an existing piece of text and cut a new story out of it. Having considered working with various texts, Jonathan decided to cut into and out of what he calls his “favourite book”: The Street of Crocodiles by Bruno Schulz.

As Jonathan began to carve out his story, we started doing our production homework and literally got turned down by every printer we approached – their stock line being “the book you want to make just cannot be made”. Thankfully, we found Die Keure in Belgium who relished the challenge of making a book with a different die-cut on every page.
Over a year of writing, cutting and proto-typing later, comes Tree of Codes, a haunting new story by Jonathan Safran Foer cut from Bruno Schulz’s words.

The book is as much a sculptural object as it is a work of masterful storytelling: here is an “enormous last day of life” that looks like it feels.

Posted by LINGDUM at 6:03 AM No comments:

No, you're not hallucinating. This eerie glowing face peering out from street railings in central London is, in fact, a new Amnesty International campaign entitled, Making The Invisible Visible....

The campaign is the fruit of a collaboration between London agency Brothers and Sisters' creative team Lisa Jelliffe and Kirsten Rutherford (the duo behind the StreetMuseum iPhone app for The Museum of London) and Berlin-based street art collective, Mentalgassi.

The point of the campaign is to raise awareness of Amnesty's work seeking justice for unfairly treated or imprisoned people around the world, and in particular, of the plight of Troy Anthony Davis (it's his face peering out from the installations), a 42 year old man who has spent the last 19 years on death row in the US state of Georgia for a murder he has always said he did not commit. Amnesty International maintain that no physical evidence links Davis to the crime and seven out of nine witnesses on whose evidence he was convicted in 1991 have since changed or retracted their testimony, some citing police coercion. Despite the doubts surrounding his guilt, he still faces execution.

The image is, of course, made up of strips stuck to the side face of square tube railings - meaning the image isn't visible when you look at the railings head on, but only when you see the railings from a side view - as you're walking towards them.

'The surprising use of faces on fence railings reminded us of prison bars which seemed like a unique way to highlight Amnesty's work,' says Jelliffe of the campaign.

For those in London wanting to check out the installations in the flesh, there are two on railings along Great Pulteney Street in Soho, and another outside 5 Berners Street, just north of bustling Oxford Street.

A plaque on each site alerts passers-by to an Amnesty website – amnesty.org.uk/fence – where they can sign a petition calling for justice for Davis.

Here's a video of the pieces being installed:

Posted by LINGDUM at 5:49 AM No comments: