Here are some pictures, which unfortunately do not properly render the mood of the show, as the lights were moving amazingly fast, in sync to the music.

Since we were playing “at home”, we had the opportunity to add a few fixtures to the setup, namely 20 Martin Viper, 20 more Shaprys (60 in total) and a grand total of 32 Atomic Strobs, all remotely controlled by Vitalic’s computer – on stage – from Ableton Live.
It was the perfect show according to our standards, everything went fine, despite 2 computer reboot during the show – thanks to the super tech team nobody noticed – and some heavy hum coming from the Midi cable … grrrr
Next show is in Cran-Montana, Swiss. 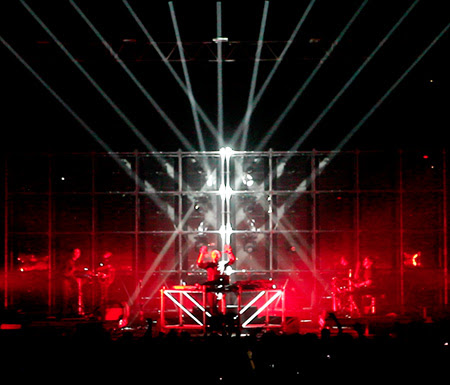 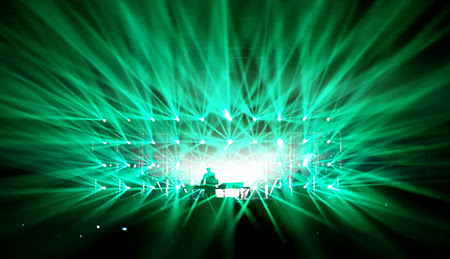 And the last one, which looks like a proof that 1024 is actually bending the light … ;) Space Warp anyone ? 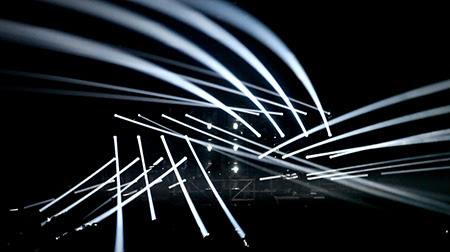